Wrapping up Toshiba's Summer of Sports 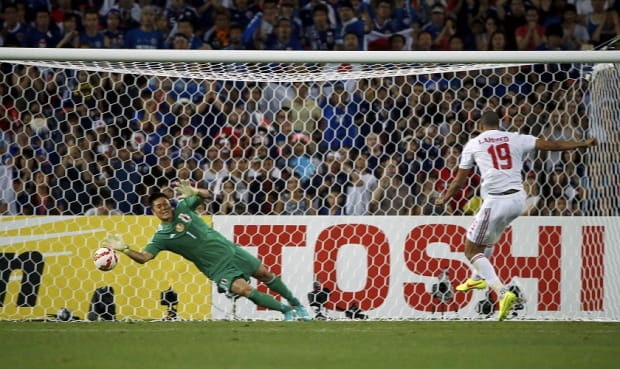 Avid sports fans would have noticed that Toshiba was a major sponsor of the AFC Asian Cup Football 2015. In fact, it was hard to miss the Toshiba signage which adorned our magnificent Aussie stadiums.

Overall you'd have to agree it was a terrific competition to be part of and a pleasure to watch not only for the Socceroo's performance.

As the competition kicked off in Melbourne on January 9th, Toshiba ran competitions continuously via Facebook with free tickets to be won almost every day over the month.

Congratulations to those of you that won entry to the games and hospitality suites. 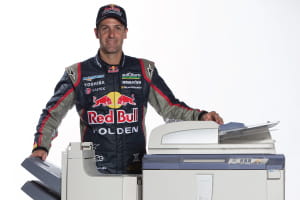 Toshiba's best known sporting ambassador would without a doubt be Jamie Whincup. And what a champion he is in every sense of the word.

Late last year, after competing on a storm soaked tarmac at the NRMA 500 in Sydney, Red Bull racing's Jamie Whincup stood high above the crowd to raise the Championship trophy fo the 6th time in his illustrious career.

In summing up his overall victory, Jamie Whincup said “It was a weird end to the year but it was a great end to the year. We’re good at bottling up our emotions because we have so many good things throughout the year but we put it to the side for this moment right now.

Motor racing enthusiasts will be pleased to know that the Adelaide Clipsal gets under way in less than a month. 2015 is shaping up to be bigger and better than even so stay tuned to your TV sets.

No summer is complete without the tennis and from January 4th to 11th Toshiba was front and centre at the Brisbane International and a sponsor at the Australian Open in Melbourne. For the past few years, Toshiba EID proudly supported these iconic Australian sporting events by securing ground signage around the stadium with ticket deals for customers.